BOYS LEAGUE
Operated with the guidance of Concord H.S. Varsity Coach of the Minutemen, Derrick DeShone. 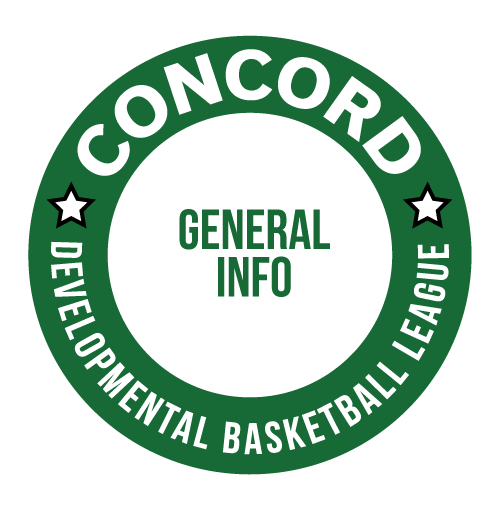 The Concord Developmental Basketball League (CDBL) is for third, fourth, fifth and sixth grade students living in the Concord School District. The boys league runs for 10 weeks from November to February.

Each weekly session lasts an hour and a half, starting at 9am. The first half of the session consists of instruction and drills. Official games are played in the second half of the session. Sessions will be every Saturday, primarily at Concord Junior High School. Check the schedule for details.

Player evaluations are performed on each player to rate his or her skills at both the beginning and the end of the season to show their improvement. Players are evaluated on dribbling, shooting, jumping, defense, and passing. The player evaluations are used to match the teams as evenly as possible. To finish the season, a team tournament will be held along with an awards ceremony to celebrate the achievements of the players.

The league is run under the direction of the high school varsity basketball coach Derrick DeShone.
​
The CDBL Scholarship Fund has provided scholarships since 2007 for Concord High School Senior boys. To be eligible, students only need to have participated in CDBL at least one year. Your continued support by purchasing spirit wear and refreshments is greatly appreciated.